When Children are Victim/Witnesses in Criminal Court Proceedings

When Children are Victim/Witnesses in Criminal Court Proceedings 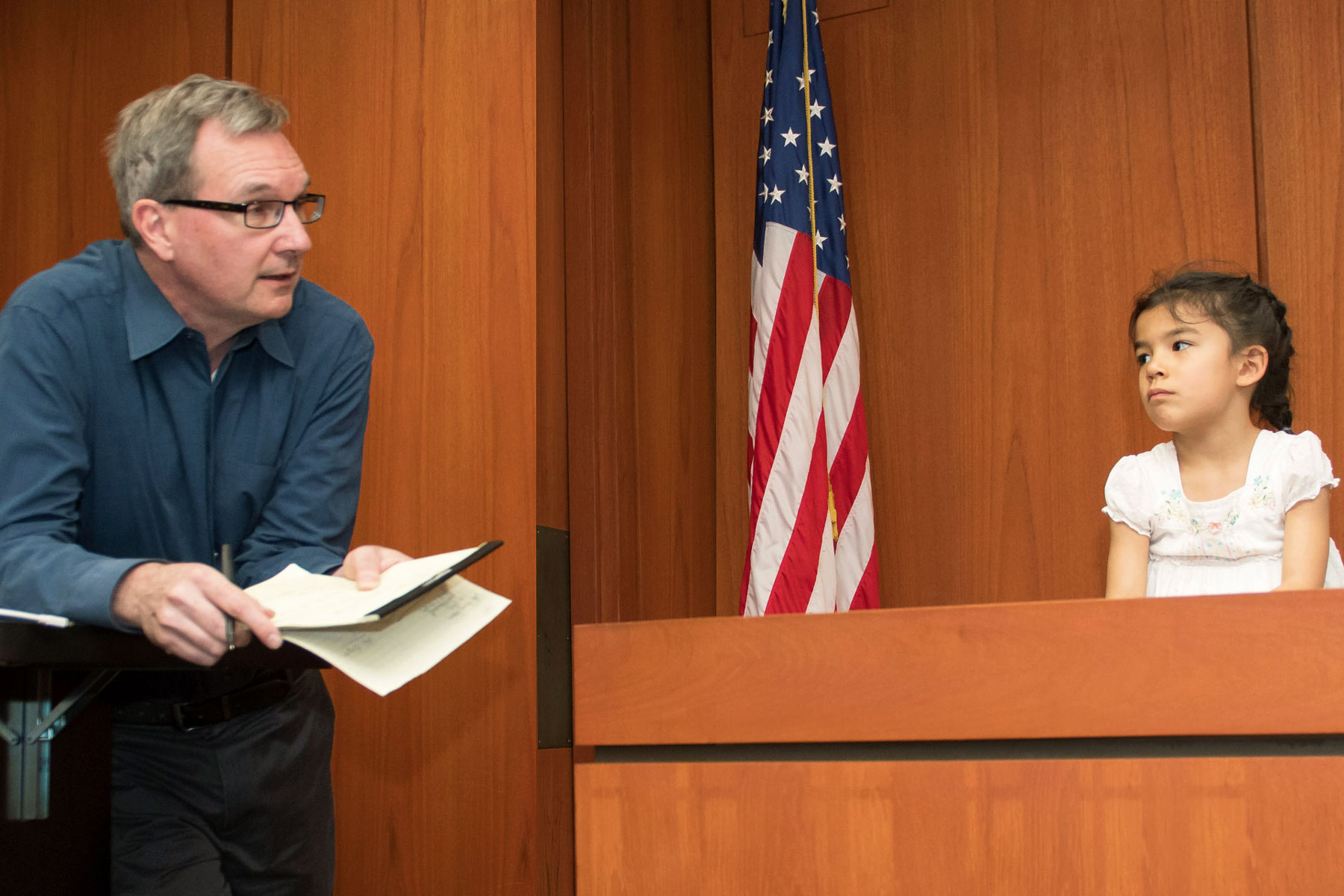 The Criminal Court Project is an outreach program of the Guardian ad Litem Program in Miami-Dade County, Florida. This program was created in 1991 to represent the interests of child victim/witnesses in criminal court proceedings. The CCP staff consists of two full time attorneys and one court advocate whose caseload consists of 50 % of cases in dependency court where the child victim/ witness is the subject of a dependency case and the defendant parent or legal custodian is charged criminally with Child Abuse (physical or sexual). The other cases are ones in which there is no corresponding Dependency case.

The Criminal Court Project is housed at the Orlowitz-Lee Children’s Advocacy Center (also known as Kristi House) and is co-located with the Sexual Battery and Child Abuse Unit of the State Attorney’s Office along with the forensic interview team and Kristi House therapists and case managers. Kristi House provides a free office for the CCP and is conveniently located two blocks from the Richard E. Gerstein Criminal Courthouse.

Because of the limited resources available in the criminal court the Guardian ad Litem Program has established criteria for referral to the CCP for appointment based upon the level of severity. The first and most serious level is when the child is the victim of intra-familial abuse and there is a corresponding open Dependency case. It is in this circumstance where the role of the Guardian ad Litem differs because the assigned guardian ad litem will not only play a major role in the dependency court proceedings, but in the criminal court proceedings as well. Generally, the guardian ad litem with the aid and guidance of the CCP Best Interest Attorney will explain to the child the different proceedings in criminal court and what involvement the child will have in those proceedings as well as be a presence for the child during criminal court proceedings. The Guardian ad Litem through the CCP Best Interest Attorney also serves as a linchpin between the two court systems by providing valuable information pertinent to both cases. The information provided to the State Attorney’s Office is integral in resolving criminal cases to mirror the goals of the Dependency case. In addition, if appropriate, the guardian ad litem through the CCP Best Interest Attorney can request a written evaluation regarding the child’s ability to testify and any treatment needs. If necessary, the attorney for the guardian ad litem will file a Motion for Protective Order in the criminal case and the presiding criminal court judge will determine under what circumstances the child will or will not testify (i. e., the child is unavailable or the child may testify via closed circuit television).

The second level of cases are ones in which there is no corresponding Dependency case. The second level is further divided between two types of cases. The first and most serious type are cases in which the child is under the age of 12 and is an alleged victim of abuse by a non-related perpetrator and will be undergoing deposition and possible testimony at trial. The second type are cases in which there is concern that a child victim or witness needs further protection or intervention over and above what can be offered by the victim/witness coordinator of the State Attorney’s Office. The Criminal Court Project Best Interest Attorneys recruit pro bono attorneys from the legal community to represent these children who do not have a Dependency case and thus have no lay Guardian ad Litem. The CCP Best Interest Attorneys train, supervise and provide support to pro bono Guardian ad Litem Attorneys who represent the child victim/witnesses that fall into this second level/category of cases. The work done by these individuals is extremely valuable to the court system. The credibility of the Guardian Attorneys is very high with the members of the judiciary and at times, the courts rely heavily on their recommendations.

Today, throughout the State of Florida too many abused and neglected children will have to participate in the often confusing criminal court system with no one there to stand up for them, with no one to be their voice or guide them through the difficult process of having to relive the abuse and/or neglect when assisting with the prosecution. Unlike Dependency court, the Criminal court is not a child focused arena therefore there is a high risk that a child will be traumatized by the process of testifying against their abuser. Through the work of the Criminal Court Project, many child victims in Miami-Dade County have been provided the support, education, and voice needed to close that difficult chapter in the their lives. Helping child victim/witnesses get through the process of the prosecution of a case with the least amount of system trauma is the main mission of the Criminal Court Project of the Eleventh Judicial Circuit.

An example of a case where the intervention of the CCP made a significant difference to the well- being of the children in a criminal prosecution occurred in 2012. It was in a murder case involving twin six year old children who were witnesses to their biological father fatally shooting their step-father in their presence. It was a high profile media case which had international press because the victim was a British citizen. The CCP Best Interest Attorneys filed several motions which were all granted by the criminal court judge. The motions were: Motion for Closed Circuit Television, Motion to Quash Subpoena for Medical and Psychological Records of the Children, and Motion for Protective Order to Prevent Electronic Media from Publishing Children’s Names and Broadcasting Facial Images at Trial. The latter motion was extremely important to win because, even though the local press has a policy of not publishing children’s names or facial images, that is not the case in other jurisdictions and countries. The CCP Best Interest Attorneys successfully argued that the international press be bound by the same order. There was argument from a press attorney that that was unnecessary since all TV stations use one feed from the courtroom. The judge agreed with the CCP Best Interest Attorney and ruled that there would be no publication of the children’s names or facial images by anyone in spite of the single feed. The BBC arrived on the day of trial and had their own camera in the courtroom because their equipment does not conform to the equipment used by the local stations. They were bound by the judge’s order.