Kids in Court: When Can They Appear and How Can the Court Hear from Them?

Kids in Court: When Can They Appear and How Can the Court Hear from Them? 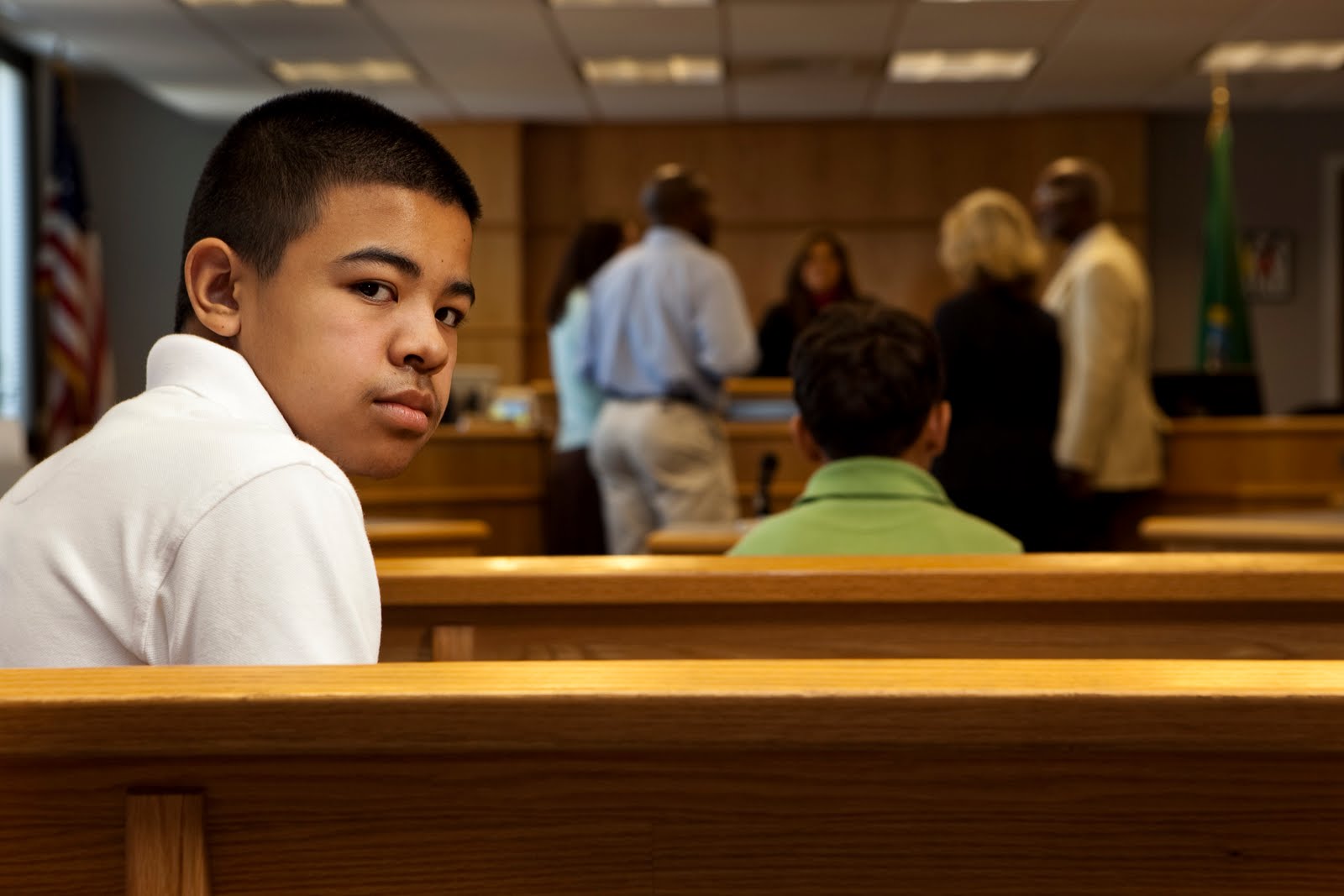 Access to justice, for many, is the right to be seen and to be heard by the court. Some may even define this as due process. Thousands of cases in Miami-Dade County involve children in one way or another. In family court, children are often the focus of extended litigation when parents cannot agree on parental responsibility or time-sharing. In domestic violence court, children may be the beneficiaries of a petition for injunction filed on their behalf. In dependency court, children are a party to the case and without them, there would be no case. As a result, children are the beneficiaries (whether they want to be or not) of countless rulings and court orders entered every year. Being so directly impacted by these rulings, the question then becomes, to what extent, if any, does a child get a voice in a case where the child will be affected?

A child’s direct involvement in any given case will depend on the type of case it is and on the court’s determination of what is in the child’s best interest.[1]

Given this authority, at first glance, it would appear that the child’s presence at every hearing and stage of the dependency case is a given fact; however, as with most issues involving children, the rule and the statute both grant to the dependency court the discretion to excuse the presence of the child if it would not be in the child’s best interest. The statute further permits the dependency court to excuse notice to the child of upcoming hearings when “the age, capacity, or other condition of the child is such that the notice would be meaningless or detrimental to the child.” See §39.01(58), Fla. Stat.

By their very nature, dependency cases focus on the safety and protection of the children. This often means referring the children for their own services such as individual therapy, tutoring, speech therapy or evaluations, to name a few. The dependency court is ultimately responsible for ensuring that the children under its jurisdiction are safe and that their needs are being met. This interaction between the dependency judge and the children greatly assists in meeting these goals. On a very basic level, the dependency judge can connect with a child, who is already going through a very traumatic experience, and ensure that the child is “seen and heard.” Children are empowered when they have the opportunity to address the dependency judge, even if simply to express their desires or concerns.

For the most part, a child’s participation in the dependency case and court hearings is not only welcomed, but it is a crucial method the court can use to gather information about the child’s needs and ultimate well-being.

On the other end of the spectrum are family and domestic violence cases. In these types of cases, unlike a dependency case, a child’s presence in court should be the last resort and then, only after the court has authorized it. Although frequently involving decisions affecting them, the children are not parties to a family case. Even when a case is filed on their behalf, such as a petition for injunction for protection against domestic violence, the children are part of the case to the extent that the adult petitioner has filed the petition on their behalf. The child does not have a right to be present and, in fact, a child cannot come to court for a family or domestic violence case unless an order permitting a child’s attendance has been entered by the court upon a finding of good cause.

Rule 12.407(a) of the Florida Family Law Rules of Procedure states as follows:

TESTIMONY AND ATTENDANCE OF MINOR CHILD (a) Prohibition. Unless otherwise provided by law or another rule of procedure, children who are witnesses, potential witnesses, or related to a family law case, are prohibited from being deposed or brought to a deposition, from being subpoenaed to appear at any family law proceeding, or from attending any family law proceedings without prior order of the court based on good cause shown.

The reason for this distinction comes from the very nature of the case. Unlike a dependency case where the state has intervened in the life of the family for the safety and protection of the children, a family law case places the children’s parents against one another, often leaving the children caught in the middle. High-conflict family law cases often have a detrimental impact on the children’s mental and emotional health. If either parent is free to bring the child to court at any given time, children who can be vulnerable to manipulation are susceptible to being used as pawns between parents who are not prioritizing the needs of the children over their own. This type of parental influence is just one reason family courts are very hesitant to allow a child to appear in court to provide testimony.

Sometimes, however, the child is the only fact witness and necessary to proving a case, for example. In those instances, the court has discretion and may, if good cause is shown, permit the attendance of the child at any given hearing. This may occur when the court has considered a multitude of factors, including the age and maturity of the child and the child’s best interest. Again, the child’s presence in these types of cases is the last resort and most family court judges will attempt to utilize every other option before authorizing their presence and subjecting a child to a court proceeding.

There are times when a family is involved in both a dependency and a family or domestic violence case. Rule 12.407(b) of the Florida Family Law Rules of Procedure makes it clear that the Rules of Juvenile Procedure govern regarding a child’s appearance in court. Notwithstanding, the court will be careful to distinguish between the two types of proceedings and determining whether or not a child should present.

Whether or not the child has a right to be present at any given hearing, not every child is able to testify. A child’s competency to testify must first be determined by the court. Ultimately, a child must be determined competent to testify and the court must determine that providing testimony will not adversely affect the child. Both the dependency and family courts can be assisted by experts who can provide an opinion on a specific child’s ability to testify.

Even if allowed to appear in court, the best interest of the child is of the utmost importance and a court has the discretion to place safeguards regarding the child’s appearance or testimony. See §92.55, Fla. Stat. This may include the examination of the child outside of the presence of the parties, so long as the testimony is given before a court reporter as a safeguard to the due process rights of the parents or other parties. Other protections may include limiting the time of examination, requiring the parties to submit questions to the court for review prior to examination or even ordering that a trusted adult not directly involved in the case is present with the child during the examination. The courts have inherent authority and discretion in protecting a child witness and have a great deal of latitude in this regard and may receive evidence from experts such as a psychologist or therapist in ordering that these safeguards be put in place.

Alternatives to Children Appearing in Court

Whether a dependency or a family case, the GAL is a valuable resource to the courts because the GAL is a neutral party whose sole objective is to advance or make recommendations based on the best interest of the child. While a GAL may not ordinarily be permitted to provide hearsay testimony from the child, the GAL is still particularly beneficial whether or not a child appears in court because of the GAL’s responsibility to make recommendations regarding the child’s best interest.

The courts will first look to the type of case and the governing authority when determining if a child can appear in court. This can often be frustrating for older children who “want their day in court” or who are very aware of the proceedings and want to “speak to the judge.” This is why the GAL can be a conduit for these children as it relates to advancing their best interest. Finally, even when a child’s appearance in court is permitted, it is ultimately the court that is charged with deciding what is in the best interest of the child even when this may not always align with a child’s expressed preference. Cases involving children, whether it is a child custody dispute or the child is a dependent child who has been abused, are among the most difficult cases for a court to decide. Striking the delicate balance between the best interest and protection of the children and the due process rights of the parents or other parties is the most important task for the court when it comes to kids in court.

[1] This article does not address juvenile delinquency cases where the State and the child are the parties.